The long-awaited Nokia X5 has been launched in China at a minimal price of around $199! 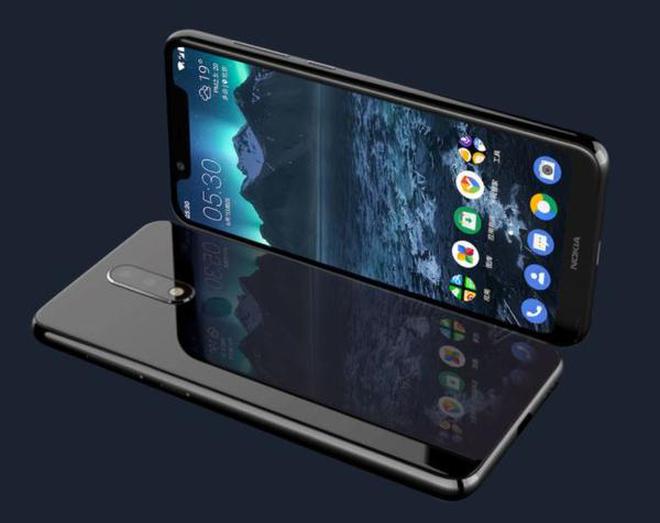 The phone is available in Black, White and Blue colors. With a 5.86 inch screen and a 19:9 HD screen ratio, people can’t find a similar feature at this price.
The phone features a 13 MP + 5 MP dual rear camera, with phase detection autofocus and LED flash. The front camera is 8 MP.
One of the most important features is the in-built AI system in the phone.
The phone supports screen-off fingerprint payment, which lets users open up apps with their fingerprint even if the screen is off, making “fingerprint payment in the lock screen state more convenient and faster”. The phone also has features like intelligent screen recognition, double-finger long-press on the screen that lets you break down articles and conversations into easy-to-select, copy, and search-for words.
Data and Image by Nokia X5 launches in China

The new phone will be featuring an edge-to-edge screen, a titanium & ceramic case and dual cameras. The phone will be running the Android OS and the price tag of $699, will make Samsung and Apple it’s main competitors.

The voice assistant will compete against Amazon’s Echo and Google home speaker. However, the Essential’s voice assistant will let the user choose between Alexa, Google assistant and Siri. The device is also supposed to be able to connect to home network and communicate with devices such as lights and thermostats.

Apple and Samsung have long since dominated the mobile market. Maybe it is time for a change.

Android O was one of the most awaited segments at Google I/O 2017. It was announced that users wanting to use the Android O platform can do it by enrolling themselves in the Android O beta. Also, you need to have a Google smartphone, such as Nexus 5X, Nexus 6P, Pixel or Pixel XL.

There haven’t been major changes between Android Nougat and Android O UI, like the settings menu have been re-arranged and grouped together for similar functions. There is also an option to enable battery percentage on Android O, with larger font. It also groups battery consumption based on Apps, System, Services, etc.

Android O has a different toggle system, and it also allows video and chat apps to play picture in picture when minimised. You can even check the notification on an app by long pressing the app icon and also dismiss it by swiping.

It also includes Autofill with Google, Smart Text Selection and other features.

This is an interesting update. Google focused more on how people access and use the OS rather than upgrading things visually.

We will be saying goodbye to Cyanogen, the company responsible for the commercialisation of CyanogenMod, at the end of 2016. That is to say that there will be no further updates to the OS, no more nightly builds and no further security updates. Phones that run this OS, will have to switch to the Open Source version of the the OS.

Initially Cyanogen was a success, and sold to manufacturers like WileyFox and OnePlus that lacked the resources to build their own customized Android interfaces. However, with the OnePlus making its own build of android called OxygenOS, Cyanogen was left behind. For Cyanogen, it is hard to make money on mods, and with Android getting more and more capable every iteration mods are also less necessary than they were when Cyanogen first started out.

Cyanogen gave a lot of good stuff in the world of Android phones. People should thank Cyanogen, especially OnePlus, for making everything better in Android. Read the full article here.

Nintendo premiered its new, highly anticipated “Super Mario Run” mobile game for iOS devices on December 15, 2016. The app became the most downloaded app within an hour of its launch, as reported by Recode. However, the app for android devices is expected to be released on Android devices in early 2017. The app is expected to have 500 million downloads on the Apple store by March 2017, and 1 billion downloads on all operating systems.

The release comes right after the successful run of Pokemon Go. The popularity of this game resulted in Nintendo’s shares increase by sixty percent! However, the shares fell 4.66 percent to 26,300 Yen, a fall of 10.57 percent this week, partially due to investor perception that the company’s new mobile push is a risky strategy.

The fall is also partly due to the price tag of Super Mario Run. Although the app is free to download, you need to pay an extravagant $9.99 to unlock the full game. Considering this game is still cheaper than having in-game purchases as often the case in mobile apps, Super Mario Run could be worth the money. Some analysts remain upbeat about the popularity and revenue potential of the app. Read the full article here.

Get up again. #survive #motivation #thoughts #livesid #live
Think about the positives in this messed up world
#prayforukraine #staysafekyiv