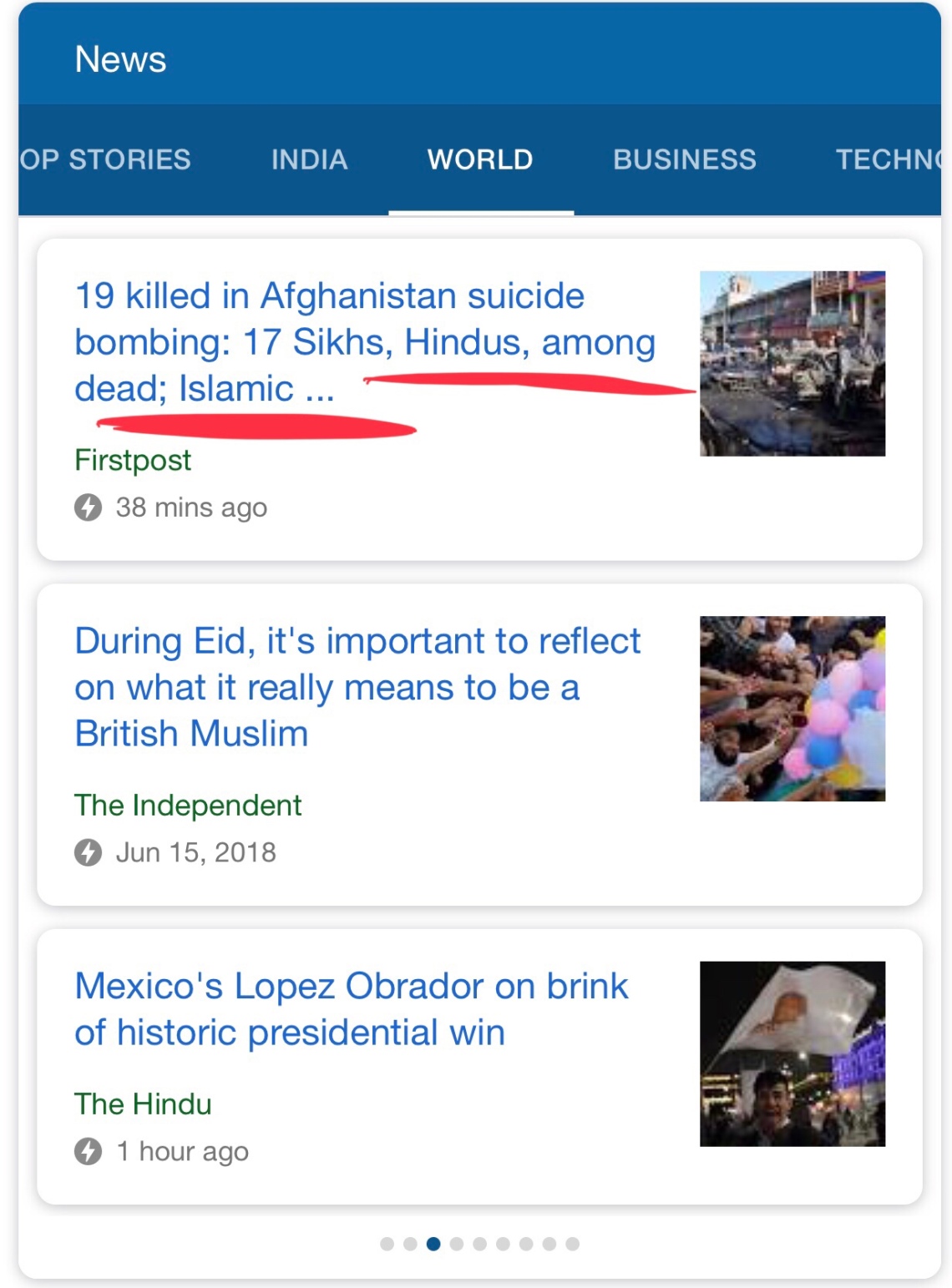 Why even news websites have articles with such headings!? It’s more important for the people to know people from which religion were killed rather than hat their was a suicide bomber who killed people?

Is this the way we have come to live now…?

The life of a rat,
What is it like?
It hides in the shadows,
Trying to make itself thrive.

It sees in the darkness,
To feed on something,
Whether cheese or food,
Whether fabric or cloth.

It often gets trapped,
In those obvious traps,
And yet eyes the food,
With that greedy look.

I wonder what it thinks,
At its time of death,
Whether it is about family,
Or the cheese in the hook.

I got to know today that a friend Jack (name changed) of my colleague committed suicide. My colleague told me that Jack had had issues & pain in his spinal cord but nothing that was life threatening. It could have been cured by proper medication. Jack had also finished a tech product and got it patented in India considering it was a first of it’s kind. Then Why?
Why did he commit suicide? No one can know the actual reason, or what was going on in Jack’s mind. However, I would like to strongly argue that Suicide is not the solution. Yes you have problems, and you are hurt, but so do other people. Everyone in this world shares pain, whether rich or poor, this thing is common in us all.
So try to share your problems with your closed ones, or in fact anyone! It is believed that people are able to talk more freely to strangers online, since they don’t have to look at each other nor share any factual information.
So then share with people online (an article I read mentioned a great website called 7cups of tea that have online therapists and people who are willing to listen to your story FOR FREE), but do share! If not to others, then I am available to help you and listen to you as much as I can!
Please know that if you can endure this, I am sure that you will come out to be more confident and a stronger person. Ending your life is not the solution, but sharing your thoughts is! I can’t re-iterate this enough.
Believe that there is always someone (Especially your parents) that are looking out for you. Even if someone scolds you it might be for a proper reason, and you can discuss things with them. Stand up and move forward!!
Never give up! Let us all support each other in this small world! 🙂

A US Navy veteran, Richard Rojas (26), from the Bronx drove his car on the sidewalk at around 11:55 am, killing one young woman and injuring 22 other people. The car came to a halt after colliding with a metal pole.

Although the police confirmed that it was not a case of terrorism, many people feared that the incident seemed similar to the deadly terror car attack in London, Berlin and France. Police have stepped up patrols in the area in recent years after a car bomb was planted in 2010. However, as a precaution, anti-terror units of NYPD reinforced key locations in the city.

Richard has been arrested, and will be tested for drugs and alcolhol. He has already been arrested for driving under influence in 2008 and 2015, and detained earlier this month for menacing.

Please pray for the woman who lost her life, and speedy recovery of the injured.

The farmer, Yoka, was clearing the fields. It was harvest season and this time the crops were good. The weather had been perfect except for strong winds now and then, although not strong enough to uproot the crops.

Yoka scanned the fields in delight and mumbled After so long… Even last year was not as good as this one. Thank you.

He had went to the bank earlier in the morning and had overheard many conversations on the way regarding the crops this year. Apparently, many farmers in the area had had bountiful harvest and were planning to sell most of the lot to the government institutions for money.

He worked till 6 in the evening, and was too tired to go any further. It is just about the time I can see the sunset again across his fields He thought The sun seems like it is going to drown at the edge of my field and burn everything down. Ah. I shouldn’t think such thoughts. Let’s call it for the day.

Being single at the age of 30, he didn’t have the luxury of sharing his meals or getting any love from another person. He would often rely on his neighbors to teach him the necessary household things, like the first time he learned how to make lentils and cooked rice, and on another occasion he learned how to make an omelette.

He made lentils, rice and a vegetable dish for dinner. When he was going to sit down to eat, he brought a book on Vedic Mathematics. His neighbor had lent the book after Yoka had been constantly staring at the cover of the book.

Yoka had already gone through the addition section and needed to read multiplication next. He was often surprised how easy it was to calculate, and the mathematics often helped him to keep stock of the produce in his field.

At around 8 he got up, washed the dishes and kept them upside-down on a towel to let them dry. He went to the room, and lied down on the mattress, while still holding the Vedic Mathematics book in his right hand, debating whether to read another chapter, as he was done with the multiplication section, or leave it for tomorrow.

After about five minutes of thinking and staring blankly at the ceiling, he decided that he was too tired to read, so he kept the book aside and dozed off.

It was a peaceful night, no wind blew, no birds crowed and no other sound can be heard.

The next day when Yoka woke up, the book wasn’t there. He checked both sides, just to make sure, but no, he still couldn’t find the book. He got up and was sitting on the mattress now.

Mattress…. He thought. What is this?

He moved his hands down to feel what was it exactly he was lying on. It feels soft. It is not soft like the mud like in my fields, but something else. Something even softer, like foam.

He looked down and saw that he was sleeping on a bed. A bed!? I have just seen these in newspapers. I don’t think anyone in my village has a bed. And with a color as white as an egg.

What is this? Where am I? He looked up and couldn’t believe his eyes. He had failed to notice earlier, all the walls in the room were high and white as an egg. It wasn’t his room.

Where the hell am I?

This is really sad. And this has been happening a lot in India in the recent months.

A speeding Mercedes car, in the Paschim Vihar area of Delhi [INDIA], knocked down a 17-year-old boy riding a scooter. This resulted in instant death for the boy. Eyewitnesses told the police that the incident happened around 11pm on Sunday, and the driver fled the scene after the accident. (Wow. We have another one here with no regard for human life.)

The victim, Atul Arora who had just graduated 11th standard, was heading home after dropping a friend when the accident happened.

Only recently, an overspeeding BMW rammed into an Uber cab killing it’s driver. Another event happened that took the life of four people in an autorickshaw who were hit by a speeding Audi.

And the affluent ones, they don’t care about this. As long as they are safe, no one cares for the safety of others. Such things are wrong.

If someone close to you dies, and you attend work or other places the next day. Then are you stone-hearted or devoted?

That’s the truth we know.