If they could just show appreciation,
From the depth of their heart;
For the things that are done,
Rather than blaming for being apart;
And focus on understanding the other,
Hitting the right notes from the start;
That would be a wonderful thing,
And the actual partner’s part;
Because ..at the end of the day,
You. This moment. That smile is an art.

“Stop it! Why do you keep gaming? What is so great about it? You should do something productive with your time”, Alex’s father scolded him.

“But I am good at it. See I am already ranked in Diamond class, only a handful of players can reach this stage”, Alex replied, “I am only 19, so I might even be able to make a career in this.”

“Did you just say a career? Are you an idiot? Who will allow there kid to be a gamer. Will you be even able to earn anything. Stop the day dreaming and focus on your study. Next time I see you playing, I will throw the computer away. You should go to sleep now”, the father warned and shut the door.

Alex was very angry. He thought about running away, then he was just sad as he didn’t have any other place to go. He just kept on looking at the game screen for another hour, thinking, “why is this so bad. Why is gaming considered bad? People even play sports and a lot more people try and fail at sports than gaming, in that way gaming has a much higher chance for a person to succeed”, and so his thoughts continued. Before he realized, he went to sleep on the chair with his head resting on the keyboard.

Next morning his father woke him up. He was looking at Alex with disgust. As Alex lifted his head from the keyboard, accidentally pressing some of the keys. He could see a familiar screen on the monitor and after realizing what it was, he turned his head towards his father, scared of what’s coming.

His father punched the wall, only to get hurt himself. He shook his hand and began blowing on it slowly.

After about five minutes his father spoke, much slowly, hoping that Alex would understand, “Please Alex. I can understand by the way you say it, that you must be good at gaming. That’s good. But families don’t earn on games. They need real job. I am already 45 and would want to retire in another 5-10 years. In the time I ask you to do something meaningful with your life so that you can stand up on your own feet. I know you are capable of doing anything if you put your mind to it. So start doing something productive.”

Alex was speechless, it was hard to reply to the weak voice of his father. He wanted to say, “I am confident! I can win and earn from gaming. I can join a professional team. I can make a name for myself”, but he couldn’t gather the courage to say that. Tears began to roll out from his eyes and he just nodded to whatever he heard. 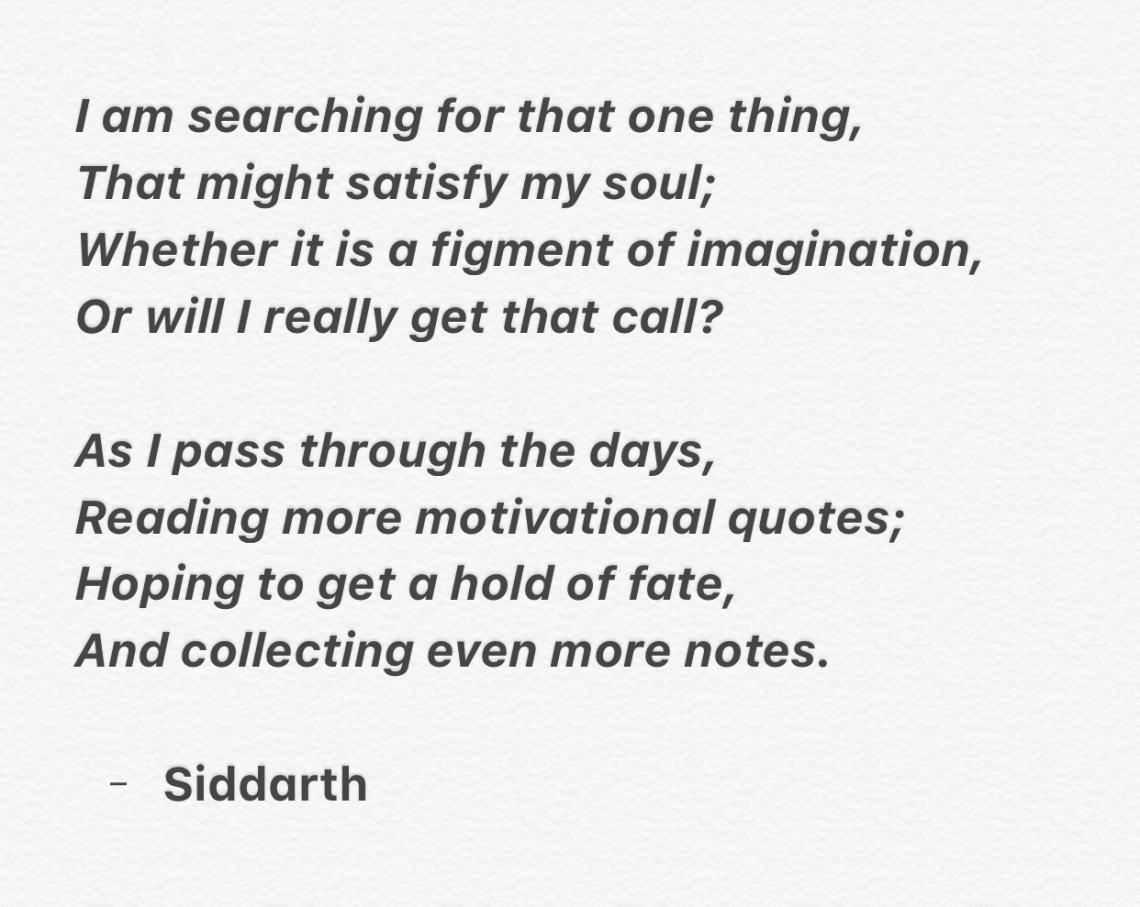 Wake up. Plan. Just do it. – These are the words that come to your mind after reading this book. It is an aggressive but motivating book aimed at bringing out the best of you.

Many of us keep pondering over what we want to do, and some who do know – they keep planning for it. It is just useless unless the activities that you thought of are executed. People can think of high dreams but they only realize the intensity of effort needed when they start taking action.

During those days of action, all of us face the dilemma of not moving forward to the goal, not seeing any results. So what you do? Most of us – Give up. NO. That shouldn’t be. Always be persistent and keep at it whether you like it or not. And slowly and steadily, you will reach your goal.

If you need some serious motivation to get up and work, especially work out, then this is the book for you! It also includes a set of exercises, with equipment’s and stretching techniques, which some people might find useful.

“Always have a vision. Be passionate, Act confident even when you are not.” – Larry Ellison

Motto of the day – “Don’t be scared to follow your dreams. And never doubt it.”

Started today with a jog and Freelectics again. It’s the daily grind that counts. Then went to work, fixed a few issues, talked to a customer, payment to a supplier and more on.

What do you do when a customer doesn’t reply back to you either on email or WhatsApp? What doe it mean? I need to find a solution how to fix this.

What do you think about Mercedes GLC? I feel it is an impressive car. It’s either Volvo XC60 or GLC. Any suggestions?

Later in the vending, had dinner. I had been having this headache today, and feeling very alone. (Sometimes I really wished I had a girlfriend but then I don’t know if that’s the right thing considering it is a time commitment)

Watched an episode of Dororo and wondered what my goals are. I need to have a fix sight at my goals (Suppose your goal is to run faster then break it down by what speed you want to achieve first or what competition you want to win first).

Goals for this year:

What are your goals for this year? Do you think they are achievable?

A man without a vision for his future always returns to his past.

Every single time, you are reading something,
Or watching something on the screen;
All the time you intake that information,
Building your knowledge, still being keen.

Some grow up to become doctors,
And have the knowledge of the body;
Even then some treat mouth, some bones,
It is all divided so that healing isn’t shoddy.

The others become lawyers or engineers,
Or scientists, or athletes, or artists;
The categories that exists are numerous,
And so is the knowledge in every field.

Some are those that think about life,
They want to find the answer of the ‘question’;
“Why were we brought here” and “Who did that”,
Such a knowledge isn’t available, they learn.

So the best we can do is to entertain our mind,
Gather as much knowledge as is possible;
Learn new things, innovate new items,
Enough to have your efforts laudable.

Have you ever looked at the mirror, in your eyes? You had realized that’s they are empty, so you lower your gaze.

Solution: Try something… anything that interests you. It’s the right way to live.